The Way Of The Etruscans 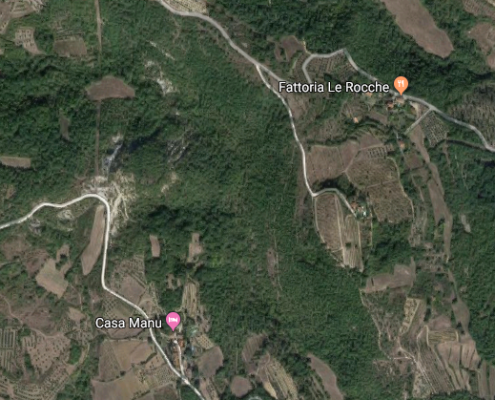 Traces of the past can still be seen by looking at the ridge of the hills roads that run along the Arno river and the remains of bridges still in use today. The first traces where left by men of the Paleolithic (200,000 years ago) with a lithic artifact called “amygdala”, a large almond shaped stone with lamella chipping, found in a farmhouse a few kilometers from here near Vico. Other prehistoric sites have been found and with them an abundant material below shape of flint points and stone objects. Donated to the Anthropological Museum of Rome. The Etruscans, a sublime people, found full bloom in Arezzo and Capolona towards the beginning of the 7th century BC They built a road here that cuts the entire Casentino area, bypassing the Apennines, to reach the Po valley. House foundations wich where later used by Romans with their own laws, be social structure, road connections Cassia road wich joins Arezzo to Rome , the Via Francigena that connected Europe to the capital of the Empire. Christianity also arrived with the Romans and Capolona gathered the fusion of the two cults: The Pieve di Sietina, the first pagan temple, become a place of Christian faith . Bibbiano is an ancient place, its name bears traces of life Roman.Place dedicated to the cult of the God Giano.